The Power Communications team is comprised of highly experienced communications professionals with significant experience in the energy field and mastery-level command of all facets of public relations including strategic planning, message development, campaign management, media relations, community outreach, graphic design, web development and social media. We function as communications operatives for our clients in a host of situations ranging from planning sessions, to special informational public events, to multi-year, multi-project intrastate communications campaigns.

We frequently serve as companies’ external communications department, directing all internal and external communications as part of the public affairs division. We are successful because we attend to the full spectrum of communications, from person-person interactions, to fashioning and executing communications programs that reach millions of intended stakeholders. Our client group is backed by highly-proficient graphic design (GDG) and web development (WDT) teams with deep experience for capturing and combining messaging with pictures, words and bytes to create draw and impact with the intended audiences. 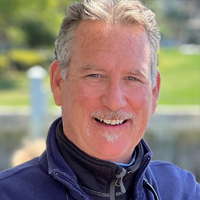 Steve is a career-long public relations professional who has worked extensively in the electric power and energy industry over the past two decades honing his expertise in this field. By trade, a writer, Steve approaches all projects as communications challenges and advises clients on the best way to achieve their short and long-term goals through effective communications campaigns and initiatives.

In 2003, he founded Power Communications to provide strategic consulting, public relations and creative services to energy companies. In his current position, he is recognized as a leading advisor to cutting-edge energy companies across North America in matters of public affairs strategy, messaging, corporate branding, community outreach and media relations.

Prior to launching Power Communications, Mr. Sullivan served as the Director of Communications and Chief Spokesperson for the New York Independent System Operator (NYISO) during its start-up period where he spearheaded the initiative to brand the NYISO as the leading wholesale market in North America. Before joining the NYISO, Mr. Sullivan served as the Director of Communications for the Independent Power Producers of New York (IPPNY) where he played an integral role in bringing wholesale electric restructuring to New York and significantly expanded IPPNY’s stature and influence.

Mr. Sullivan is a recognized expert, frequent speaker and writer on energy issues. He has three times chaired the McGraw Hill Platt’s Northeast Energy Forum and was presented the Carrie Chapman Catt Award for outstanding public service by the NYS League of Women Voters. Sullivan also served as a founding board member of the Fenner Renewable Energy Education Center (FREE Center). He’s a graduate of Middlebury College, has received training from the Harvard Negotiating Project, Campaigns and Elections campaign school, University at Albany Masters Communications program and the Bread Loaf School of English. He resides on Saratoga Lake and has two daughters. 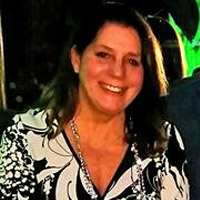 Marilyn is the Director of Digital and Print Services for Power Communications. She oversees internal and external designers and coders to produce high-end custom graphics solutions to achieve client goals. She brings a deep understanding of the energy industry and a professionally-refined aesthetic to online and printed materials that make them “pop” and command attention. Marilyn works out of the PowerCom Malta office.

Prior to joining Power Communications, Marilyn was the lead graphic designer and collateral materials production coordinator for the New York Independent System Operator (“NYISO”) and its predecessor the New York Power Pool (NYPP). She oversaw and implemented the NYISO’s turn-of-the-century web presence as New York transitioned to a wholesale energy market.

Marilyn’s comprehensive efforts were measured by a successful outreach campaign in order for both power producers and consumers to have accessible real-time energy and market information. The success of New York’s wholesale market underscores her role in developing a robust web presence for the NYISO.

In addition to her work at the NYISO, Marilyn has many years of in-depth experience creating graphics for informational open house displays, tradeshow booths, employee meetings, stakeholder meetings and permanent installations. She has created dozens of websites and other online tools for clients and special projects. 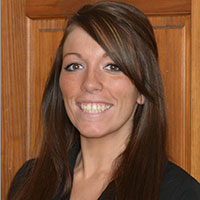 Amanda is Power Communications’ Office Manager. In this position she facilitates the smooth operations of the entire team by handling the business operations of the firm and providing back-up support on client projects. Amanda handles office operations, travel, billing, web support and has even been known to pinch hit on graphic design projects due to her innate sense of style. Prior to joining Power Communications, Amanda worked for a Fortune 500 company in the claims and compliance department where she worked with policyholders resolving claims and meeting internal State Farm production metrics. Prior to that she was assistant-manager at the Ballston Spa National Bank where she supervised a team of four and oversaw all branch operations, including opening a new branch. In this position, Amanda worked on the company’s Internal Improvement Team implementing strategies to utilize production time and better serve customers. She attended SUNY Albany for Business Administration and SUNY Adirondack Community College for Accounting. 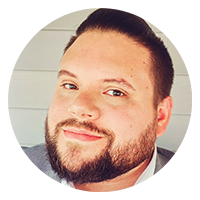 Matt oversees client accounts and takes the lead in developing and executing strategic communications solutions. He leverages the experience he gained from a varied background in sales, marketing, and management to maintain effective and warm relationships with PowerCom's clients. Before joining the Power Communications team, Matt was employed as a freelance writer and a marketing manager, developing branding strategy and establishing a social media presence for local businesses. Harboring a lifelong passion for writing, Matt was educated in print and multimedia journalism at Emerson College. 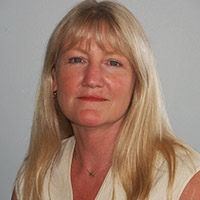 Sherry oversees PowerCom client projects to ensure that tactical plans are carried out as promised on-time and that firm resources are allocated efficiently to meet client goals. She is a highly experienced, outcome-oriented project leader, with a successful record of implanting new programs utilizing collaboration and cutting-edge methodologies. Her acute attention to detail, sunny manner and focus on accountability make her an invaluable PowerCom team member.

Prior to joining PowerCom, Sherry was a business consultant, advising federal government agencies on successful program implementation and development strategies.

Before that, Sherry served in positions of increasing responsibility with the Department of Veterans Affairs Central Office (VACO). There, she developed and implemented programs to enhance the quality of care and efficacy of VA programs with highly successful outcomes. She served as Chief Spokesperson for multiple VA initiatives and has presented at numerous key industry conferences across North America. Sherry has also published articles in industry journals regarding quality improvement and training systems. 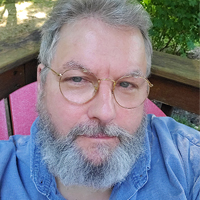 Gary is Of Counsel to Power Communications, lending his unique perspective, voice and writing to strategic and creative projects PowerCom undertakes on behalf of clients. Gary is a knowledgeable public affairs professional with extensive experience in the energy industry and government. He previously managed communications for the New York Independent System Operator (NYISO), where he was principal writer and editor of NYISO’s annual Power Trends report. Prior to that, he directed government relations and policy development for the New York Power Authority (NYPA), coordinating development of NYPA’s Power for Jobs program. His career includes legislative service in state and federal government. He was press secretary and counselor to New York State Assembly Minority Leader Clarence D. Rappleyea. He also served as press secretary and executive assistant to U.S. Congressman Donald J. Mitchell. 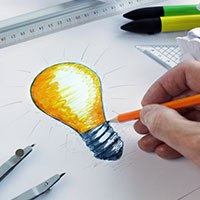 The Power Communications Graphic Design Group (GDG) is a team of in-house and contracted professional designers with extensive training and a proven portfolio of innovative and modern design expertise. The design group has extensive experience developing attention-grabbing collateral materials for print, web, trade shows, open house events, forums and presentations. Unique graphic design is the key to your company standing out in today’s competitive world. Power Communication’s focuses on bringing innovative design to your materials that sets you apart from your competitors and shapes a unique identity in your industry.

Our PhotoShop Certified™ design professionals use the latest Adobe Creative suite programs, delivering high quality (impact) designs meeting your strategic needs. We work with a range of top-quality printers and collateral providers and can ship materials anywhere in the world. For sharing large documents easily with clients we use Hightail and Dropbox services so you can view your creative material in full high-resolution within seconds of us completing a draft.

An elegant and well-functioning corporate web presence today includes a mix of a website, social media channels and evolving web display technologies incorporating user feedback, mapping, bulletin boards and other functions that deliver data rich information, draw customers and an improved public image for companies. Power Communications specializes in supporting all of our client’s web needs in a simple, seamless way that takes the angst out of maximizing your web presence. Our team of web professionals utilize tools like Dreamweaver, LinkedIn, Twitter, Facebook and Ammap to digitally bring your messaging to the world with impact. We have refined processes for quickly turning ideas into mind-changing messages in attractive formats.